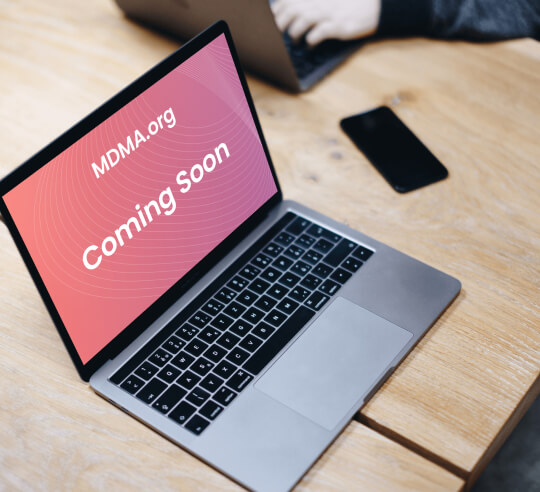 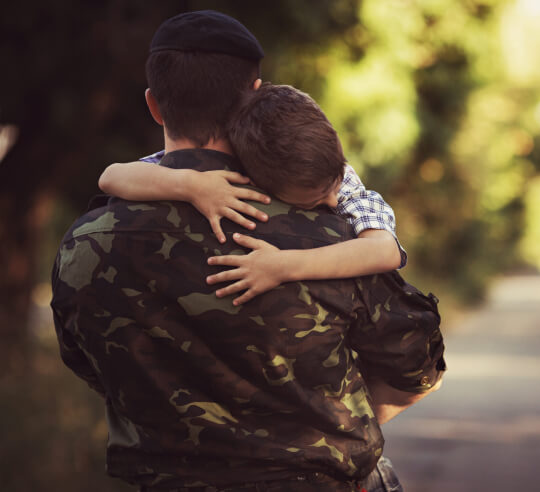 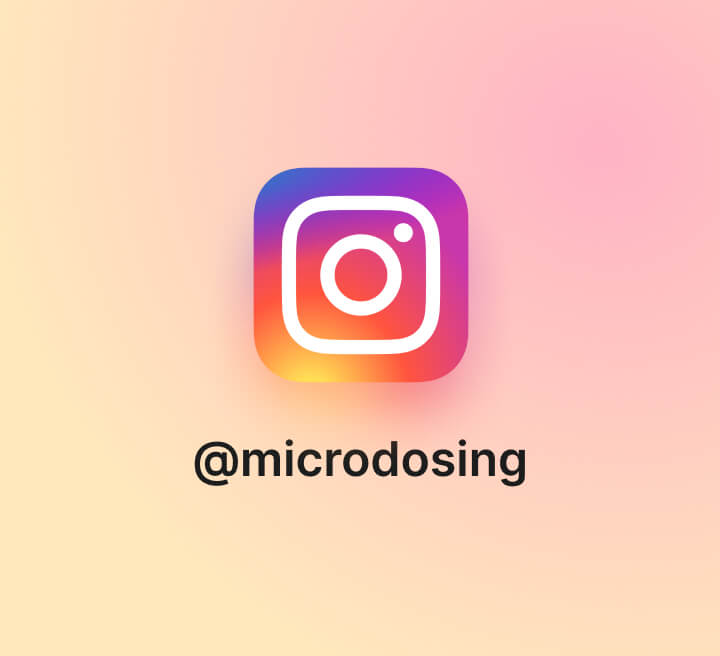 “With anticipated FDA approvals for MDMA as early as 2023, we’re now positioned to develop and launch an authoritative site just as numerous providers will be seeking patient enrollment.” ~ Kevin Berk, Executive VP, Supermind.

“With PTSD soaring as a result of Covid, we see an even greater need to help educate the public on psychedelic treatments for PTSD that are in trials and development.” ~ Jeff Smith, Chairman, Supermind.

“We look forward to helping a lot of people, while creating a valuable social media presence for our company on this premium username.” 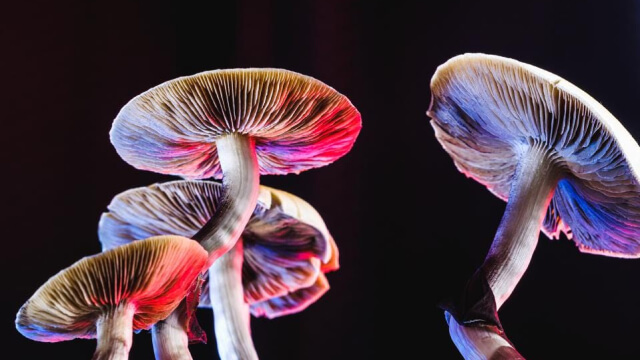 The Harris Poll study found 83% of Americans experiencing anxiety, depression or PTSD would be open to pursuing alternative treatments. 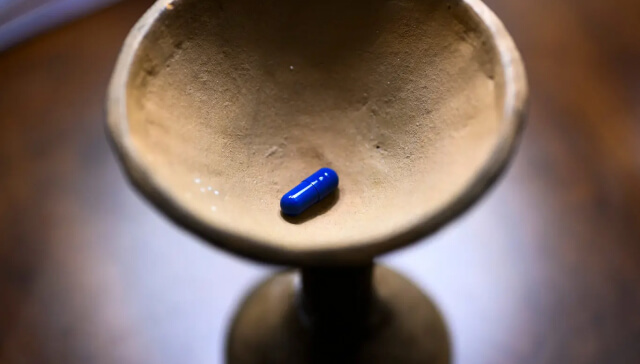 The Psychedelic Revolution is Coming. Psychiatry May Never Be the Same

Psilocybin and MDMA are poised to be the hottest new therapeutics since Prozac. Universities want in, and so does Wall Street. 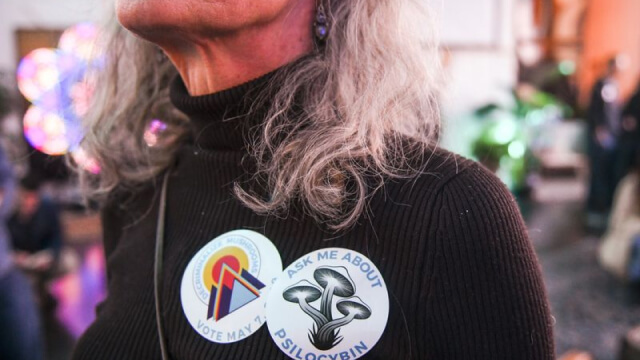 But one question deserves to be answered first: Will the legalization effort succeed? I think the answer is yes.

10+ premium digital brands, covering the most valuable areas within the psychedelics and mental wellness industries.

Our network of 10+ web and mobile properties, along with 1.7M social followers
provide complete access to consumers, patients, and professionals within the psychedelics ecosystem; delivering value to all 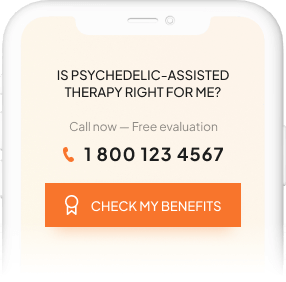 How we create value

Through our diverse digital platforms, and technology that enables us to educate, engage and nurture our valued audiences, we’re able to deliver compliant patient enrollment at scale to healthcare organizations and treatment professionals.

The Supermind technology and platforms ecosystem serves consumers at multiple touchpoints in their journey to behavioral and mental wellness, and optimized performance. We provide professionals and psychedelic medicine development companies with access to patients at scale. 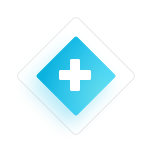 Our team brings the experience of connecting millions of patients with treatment providers. Now, Supermind is following proven-processes to become the largest access-point to psychedelic medicine and related treatment.

Our network of platforms will provide comprehensive data, ratings, and reviews for tens of thousands of providers around the world. 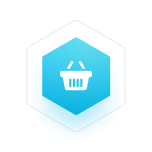 We’re developing the next generation app for mindfulness and integration, to serve those seeking to improve their mental, emotional, and behavioral health.

Our focus is to improve treatment outcomes and create lasting wellness. 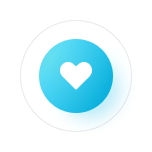 Part of our mission is to empower therapists trained in psychedelic-assisted therapy to better engage with their patients, to provide powerful integration support, and to grow their practices.

Our roadmap includes the development of a B2B professional app tailored to meet these goals. 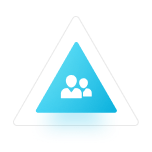 Our HIPAA-compliant CRM delivers maximum value, in a secure environment. 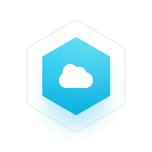 Psychedelics often mark the beginning or amplification of an individual’s journey of self-discovery. This path, once taken, tends to be a lifelong pursuit (think aftercare, wellness apps, yoga, personal development courses, etc.), which creates an extremely high-LTV consumer. 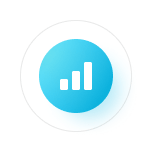 We’re building the most comprehensive database of psychedelic stocks, private companies, and professionals to provide industry insights to consumers and b2b users. 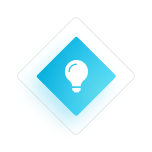 We’re rolling out a solution to help researchers and very early-stage founders in the psychedelics space raise funds, and build a base of advocates to support their mission.

Our mission is to build a large, powerful database of funders, and true champions of the psychedelics revolution.

We’re hiring productive, solutions-oriented talent, who like to make a difference in the world.

Creative, compassionate and good vibes only :)

If that sounds like you, or someone you know, please submit a hiring inquiry below.

Our leadership and advisors bring decades of experience producing value within the addiction treatment, mental health, and behavioral health industries.

Curating the best and the brightest from the fields of mental and behavioral health, psychedelics research and clinical practice, content, creative, marketing and technology to build the leading platforms in our industry, is my most exciting mission to date. The scale and positive impact of our organization will be an incredible reward to all involved

M&A as Founders and C-Suite Executives

Answers to Important Questions We Often Get Asked

What are Supermind’s diversified digital platforms?

We are developing the leading portfolio of digital real estate including Psychedelics.com and Microdosing.com, other web properties, and mobile apps to serve consumers and professionals within the psychedelic assisted-therapy industry. We have nearly 2-million social followers and subscribers within the psychedelics and mental wellness space.

Our aim is to have the largest audience within this market, and provide them with access to top-notch, medically-reviewed content, resources, and a marketplace for treatment options.

We’re building technology to support a lifelong consumer, as they embark on a profound journey of self-discovery and healing.

How did Supermind acquire so much premium digital real estate?

Our team has been doing web and content development, as well as digital marketing since Google was 1 year out of a garage. We leveraged our vast relationships built over these 20+ years, in order to quickly, and quietly, amass the best portfolio for building a content and media-driven technology company within the psychedelics, addiction treatment, and mental health space.

Each of our platforms allows us to serve specific audiences, and to provide a specialized resource.

What is Supermind’s B2C mission?

We believe consumers having their first psychedelic-experience are one of the most incredible audiences to serve. Psychedelics tend to be a gateway into a passionate, lifetime journey of personal development and self-exploration.

Our mission is to be there to educate them and provide them access to trusted resources, all throughout that lifelong journey.

From referrals to psychedelic-assisted therapy practitioners, post-treatment integration apps to track results and improve outcomes, to where to find a yoga or sound meditation retreat, or reviews and ratings of high-tech in-home products to continue on a path towards greater harmony.

Our ecosystem will be designed to maximize safety, value, and outcomes for all stakeholders.

What is Supermind’s B2B mission?

Billions of dollars of valuation have been created by psychedelic drug development companies, but what happens when their products come online and they’re ready to enter the market? These companies typically have very little, if any, experience with patient acquisition and consumer marketing. Our platforms will provide scalable, compliant, patient enrollment in a cost-effective and on-demand manner.

Besides psychedelic drug development companies, we are well-suited to serve a variety of other players within the ecosystem. From licensed ketamine clinics to wellness retreat centers, the latest high-end at-home sound meditation product provider, wellness & therapy mobile app developers, and more.

We have vast experience with monetizing targeted audiences in ways that also best serve those audiences, and improve their outcomes.

What are some important Mental Health stats?

A 2021 Harvard Poll revealed that “Fifty-one percent of young Americans say that at least several days in the last two weeks they have felt down, depressed, or hopeless--19% say they feel this way more than half of the time.”

Nearly two-thirds of young adults aged 18-34 are concerned about the mental health of those around them.

13% of the world’s population is affected by mental health or substance abuse disorders.

People with PTSD have among the highest rates of healthcare service use. People with PTSD present with a range of symptoms, the cause of which may be overlooked or undiagnosed as having resulted from past trauma.

The annual cost of lost productivity due to depression and anxiety alone, exceeds $1-Trillion.

What are some important psychedelics investment stats?

The future looks promising: Two-thirds of Americans with treatment-resistant anxiety, depression or PTSD believe that psychedelics should be made available for therapeutic means, according to U.S. adults who took part in a survey conducted by The Harris Poll in December, 2021.

According to the results, 83% of Americans experiencing anxiety, depression or PTSD would pursue alternative treatments to prescription medication.

Among those polled, 66% said they would be open to using ketamine, 62% were in favor of psilocybin, and 56% showed support for MDMA if prescribed by a physician and proven to be more effective than prescription medication with fewer side effects.

After nearly five decades of government-perpetuated stigma as a result of propaganda and misinformation used to tie psychedelics to the counterculture movement of the 60’s and 70’s, the veil has finally begun to be lifted.

Repairing the immense damage done by erroneous studies and data meant to convince the public of the extreme danger of psychedelics has taken time, and no doubt we as a civilization are paying the huge opportunity cost today for where mental healthcare and our understanding of consciousness could have been, but isn’t.

Thankfully, today there exists countless incredible studies bringing data and science-backed evidence to the forefront of our awareness, to show the power and potential of these compounds. It is now clear through hard-science that psychedelics are effective at treating an array of mental health indications.

The avalanche of support from the celebrity and entrepreneur community, from Paul McCartney, Kristen Bell, and Joe Rogan to Steve Jobs and Tim Ferris, for the continued funding and investigation of psychedelics as therapeutic-aids, has also created tremendous visibility in mainstream media. The positive press and rapidly shifting public attitude, combined with significant early-momentum toward decriminalization, are reasons for confidence in a future where we have dramatically greater access to some of earth’s greatest resources for our wellbeing.

As it turns out, despite the decades of stigma towards psychedelics, and immense promotion of the consumption of alcohol in the media, Millenials and Gen-Z have—against the odds—shown a major trend for swapping alcohol and many other intoxicants for psychedelics and cannabis. There seems to be a significant shift in the consciousness of younger generations, which reflects in the preferences for plant-based and animal cruelty-free products, fascination with plant medicine such as ayahuasca and mushroom ceremonies, and practices such as yoga or breathwork or sound meditation.

We couldn’t be more excited to have the opportunity to serve all these interests through our platforms and technology, becoming a trusted advisor to consumers and a powerful resource for expansion for professionals and businesses serving these audiences.

How can I get involved in the future of mental health with Supermind?

We believe that to accomplish our mission, it will take great people, and access to the right resources.

Interested in a career at Supermind for you or someone you know? Submit a hiring inquiry.

Potential investors, advertisers, and partners can contact us here.

Are you a digital creator wanting to work with us? Please use our creator contact form here.